Vintage Rose Girl™: Beyond the Rift $11.99
Available for sale at TheGameCrafter.com

Character Clash 2™: Beyond the Rift $7.99
Available for sale at TheGameCrafter.com

A Rift has opened across the Multiverse. As universes collide, fighting breaks out to control the Center of the Rift. Who will be Last Character Standing?™ A wide array of 18 new characters from different worlds clash in this Expansion to https://www.thegamecrafter.com/games/character-clash . The Base Game of Character Clash™ is needed to play.

Nine Men's Morris is a strategy board game for two players that emerged from the Roman Empire. The game is also known as Nine Man Morris, Mill, Mills, The Mill Game, Merels, Merrills, Merelles, Marelles, Morelles and Ninepenny Marl in English.

This game is a spaceship/space-themed version of that game.

Character Clash:™ Tournament of All-Stars $25.99
Available for sale at TheGameCrafter.com

Various creature have been summoned from across all the Realms and Lands, to determine who the strongest is, in an all out free-for-all brawl. You as one of several extra-dimensional observers, have the chance to bet on the winner and call the shots. Who will be Last Character Standing?™ If you'd like to provide your own Damage Markers and Victory Tokens, getting the Economy Version of Character Clash™ is recommended (https://www.thegamecrafter.com/games/character-clash:-penny-pincher-economy-edition).

Compare Planets to see which is the winner and learn cool facts about celestial objects, in the game of Planetary Superior™ 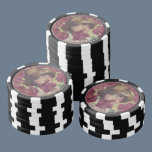 This Playing Card deck comes in the same suits (Arm, Crown, Sun and Moon) as a traditional set of Piecepack components.

The piecepack is a set of boardgame parts that can be used to design and play a wide variety of games. Anyone may design and publish a piecepack rule set.

You can get a discount on three complete sets by buying Piecepack Triple [www.thegamecrafter.com].

The following webpages lists the rule sets for use with this game.

Some of the information comes from third-parties (Zazzle, TheGameCrafter, etc) and may not be up-to-date or stale.